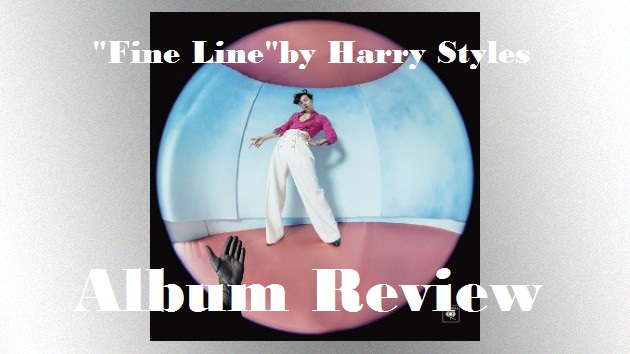 Last Friday at 11 p.m., former One Direction member Harry Styles dropped his sophomore album “Fine Line.” I took it upon myself as a fan to stay up all night, listen to the entire album and do a track-by-track review. Of course I was going to take up the opportunity to write my unfiltered opinions about the music. This fresh sound and era of music for Styles is like no other. With each track having its own style, “Fine Line” is what one might call a musical masterpiece, but does Styles get too lost in the music and lose sight of the overall message he’s trying to convey with his lyrics?

Unpacking each song one by one helped me reach an overall conclusion and come to terms with the fact that this might be his best (and worst) album yet.

A soft and airy bop is the way to go with opening tracks. “Golden” manages to capture your attention within the first few seconds with catchy harmonies and a gentle beat that will make you tap your foot and bob your head. Although the music makes ears perk up, the message isn’t really one to boast about. Generic phrases and a repetitive chorus left me unsatisfied in terms lyrics. I know Styles has much more in him, with plenty of emotion to explain. Perhaps he was just trying to start his audience off on a basic, happy note before diving into much deeper topics.

As Styles’ second single, this track is one to remember. The song starts with an electric guitar, and it soon introduces a soft beat. By the second chorus, though, listeners are caught by surprise when several brass instruments make an appearance. This adds a bit of a ‘70s vibe to the song, making it one that could age well with time and remain a hit years from now. “Watermelon Sugar” also has an odd metaphor (Styles sings about his lover giving him a “watermelon sugar high”) which makes it hard to dig for the deeper meaning. I guess every album needs that one song that’s there solely for dancing purposes.

This track was also a single, which was a power move for Styles, considering it sounds very similar to “Watermelon Sugar.” Almost too similar to enjoy it. The fact that they’re also right next to each other makes for a weird listening experience (that is, if you’re listening to the album in order). On a good note, though, this song is the first on the album to have deeper lyrics that connect him with his fans. The airy harmonies that rattle your soul in the chorus and the well-produced guitar riffs that play after the bridge are some of the most satisfying things this track has to offer.

After Styles released this eccentric track as his lead single, nobody knew what to do with their lives. It was unlike any of his previous songs. It’s one of those tracks that leaves listeners on edge, waiting for more. It perfectly sets up the tone for the album and overall gives fans an insight to Styles’ more mature writing style. The lyrics will resonate with you and make your heart warm. Perfect for driving the roads at night, “Lights Up” features spine-chilling melodies and harmonies that will make you eager to hear what’s to come.

Contrary to how the instrumental may sound, this track is actually one of the sadder ones on the album. Styles writes about an ex and the longing he feels for them while including bits of lyrics that could almost make this song a love letter, rather than an “I’m Sad” ballad. The song never really picks up, though, leaving listeners at the same level of emotion the entire time, which isn’t necessarily a bad thing. The word “cherry” is ironically never mentioned in any of the lyrics, making it one of those songs that leaves fans to debunk the deeper meaning. Although I haven’t quite figured it out myself, I will say this song is one of my favorites. From the relaxing acoustic guitar to the romantic French spoken at the end, “Cherry” is definitely a song to get your in your feels.

Speaking of feels, this piano ballad crosses a line in terms of sadness. “Falling” is that one sad song I never knew I needed until I heard it. The instrumentals are the last thing you are paying attention to when listening to this song because Styles pulls your attention toward the melancholy lyrics. A really unique thing I noticed is that the term “falling” is used in two different ways. Almost like the song is split into two separate parts of a story: one where he is falling and spiraling out of control and the other where he is falling for someone he can’t have once again. Beware, it can make feelings you didn’t realize you had resurface and make you miss your significant other even if you don’t have one.

This upbeat track, which has quite a different vibe compared to the song it follows, starts with a unique acoustic guitar riff that reminds me of something I’d hear getting off a cruise ship in Mexico. In terms of music, it’s very laid back, which is nice to hear after listening to several tracks before it that leave you shook to the core with their in-your-face instrumentals. This is another one of my favorites because although the lyrics might not be to most moving, the vocals and harmonies tie it all together and add an extra flare. Styles could’ve easily made this a boring track, one that fans just skip over, but instead delivered a refreshing tune that keeps listeners dancing along.

After hearing the first seven tracks on this album, “She” is not what I was expecting. This is the best example of how Styles managed to give each song their own individual story and feeling through mature lyrics and a soul-hitting sound. The song is centered around a man who goes through his daily life while day-dreaming of “she,” though it is unclear to listeners exactly who or what “she” is. Lyrical interpretation is one of the best qualities this track features, and a track that lets you just sit back and enjoy the music is the type of song I personally vibe with. This six minute rock track takes on an entire new sound that shows just how creative artists are these days. I mean, literally the last two minutes of the song is a guitar solo that builds up emotion and takes the listener on a journey with the writers and musicians. Sadly, I found it very similar to a few of the tracks off his previous album, making it one that I may enjoy, but don’t prefer.

Taking a turn toward the happier side of the album, “Sunflower, Vol. 6” is a song that takes the listener’s mind off anything important and lets them vibe with the music and harmonies. It contains so much personality compared to other songs that it almost feels like the most intimate track. Fans get a taste of Styles’ goofy aura through his light-hearted lyrics and funky sound effects. It’s the type of song that makes you want to go for a drive along the beach with friends and just bask in the sun. Not to mention it’s probably the most fun and unique song ever released by Styles and one that will forever have me bopping along.

Going back to acoustic roots, this upbeat track features a classic indie-pop vibe with lyrics that are easy to sing along to. It may be repetitive, which takes away from any deeper meaning, but that doesn’t mean it’s not a fan favorite. The album features many harmonies, but “Canyon Moon” takes the cake. It’s boppy chorus has beautiful vocals that can make anyone smile. Yes, like I said above repetition in songs can get boring, but when Styles repeats the line “I’m going home” in such a happy and inspirational way, you can’t help but get a warm, fuzzy feeling inside.

Track no. 11: Treat People With Kindness

The title of this song has been a slogan Styles’ used for almost the entirety of his solo career, so I was very excited to hear what this song had in store. First, I was surprised to hear that the track doesn’t even start with Styles singing, but rather the angelic voices of his back-up vocalists and his pianists repeating the well-known phrase in a pretty melody. This song is eclectic, to say the least, and I didn’t like it at first. It’s one of those tunes that takes a while to get used to, but once it grows on you, you find yourself jamming and clapping along while singing the uplifting lyrics. Not to mention how refreshing it is to hear a few female voices here and there.

In terms of a closing track, Styles absolutely nailed wrapping the album together using  this song. It starts out slow, with an echoy effect of his voice transporting you into a vulnerable headspace. Once the first chorus hits and a strong piano is added alongside soft trumpets, chills begin to rise. As the song builds, more harmonies and instruments are added, but thankfully never overload the heavenly mood. You almost don’t even need music in this track, for Styles’ vocals convey so much emotion themselves. By the time a drumline is introduced, it’s almost obvious to tell that emotions are about to hit full force. In the end, the song explodes with a variety of instruments, vocals and harmonies that leave you shocked in your seat. This is, in my opinion, THE best song off of this album, so it makes total sense that it is also the title track. Ending not with the line “we’ll be alright” leaves listeners shook to their core and rung with an overwhelming amount of emotion.

I was left sitting on my bed in tears. Who could blame me? “Fine Line” takes fans on an emotional journey throughout this timeline of an album and wraps it all up with a beautiful and heart-felt bow at the end, giving listeners an experience like no other.  Despite the annoying repetition, making this album not as lyrically impressive as I would’ve thought, the music made up for it.

Styles incorporated a new and refreshing sound with musical elements I never expected to hear from him. I can tell just by listening  it must be a very fun album to play and perform live, for the amount of creativity that went into it adds a little extra spunk and personality to the vibe. Of course, an album wouldn’t be complete without its basic dance bops, so I applaud Styles and his band for managing to make it still have that extra pizazz without straying too far from the album’s overall message.