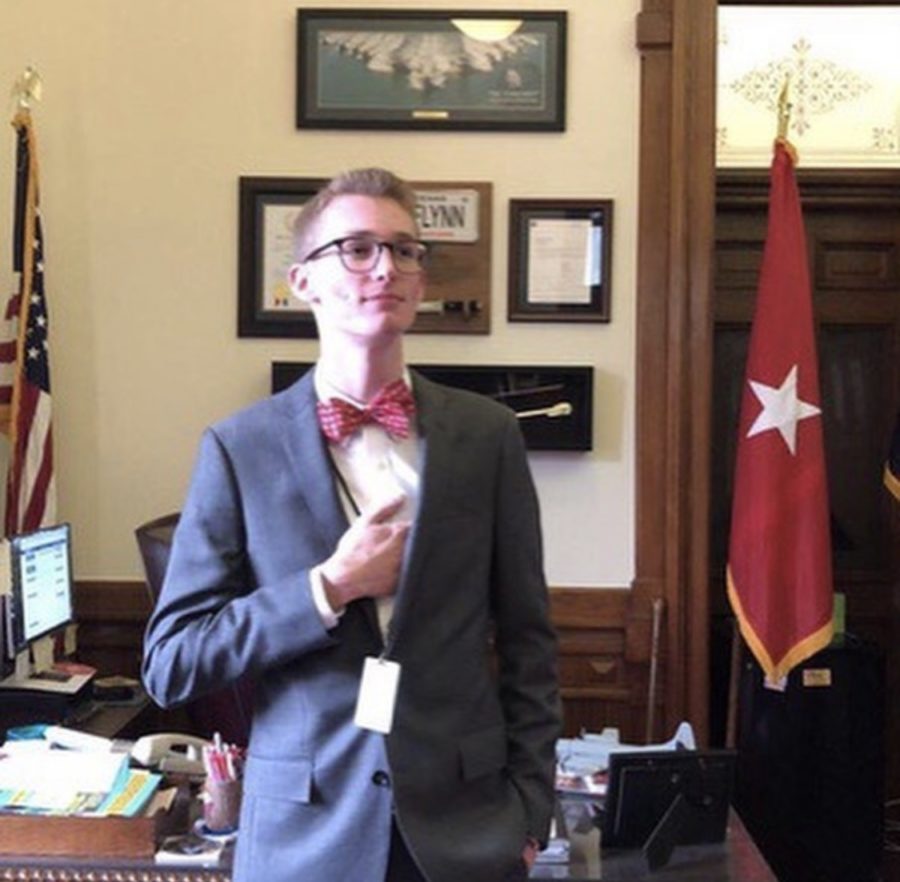 Kyle Legg posing in the House of Representatives.

Senior Kyle Legg interned at the National Weather Service on Feb. 20 and at the House of Representatives Feb. 21-22 for the LISD Career Opportunities On Location Week. He got the chance to explore his interests in meteorology and politics in a hands-on experience, shadowing the employees and attending meetings.

“The whole point of COOL week is just trying to figure out what you want to do,” Legg said. “Before that day, I didn’t really know if I wanted to do meteorology, but now I’m dead set.”

Legg said that one of his friends had a contact at the National Weather Service and set up the opportunity for him. When he came in, Legg got a presentation about what the service does.

“I was surprised that the National Weather Service’s funding was still allocated during the government shut down,” Legg said. “They did lose out on wages, but their services were still needed, so they had to go into work every single day and just not get paid.”

Legg plans on majoring in meteorology in college and getting a minor in political science to cater to all his interests. He hopes to go into meteorology as a career and run for office in the future after his meteorology career.

“Recently I’ve become more active and Mrs. Spradling knew I was really interested in [politics] so she set it up and said she could probably find a placement last minute for me,” Legg said. “Due to it being so early in the congressional session, there wasn’t a ton to do, but I still got a ton of insight as to how the local government actually operates and it’s way more complex than I would have imagined.”

Legg interned for a Representative Committee Chair and said that even though there wasn’t much he was able to do during his time there, understanding the process is very important.

processes,” Legg said. “If you are interested in politics in any way, go to the House of Representatives or the Senate’s, just to get a feel for what is actually going on. If you’re going to the National Weather Service, be interested in meteorology, of course.”