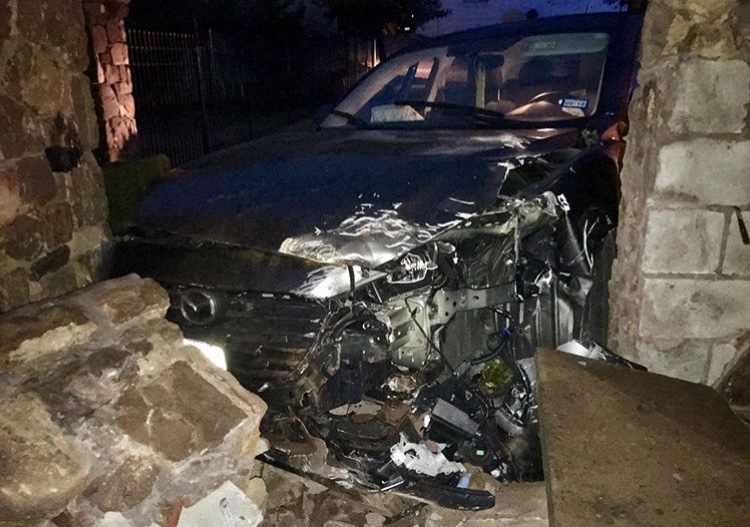 What it’s like to crash into a brick wall

Tragically, this article is in memory of the event that destroyed my first car, the night it malfunctioned and crashed into a brick wall, literally. I’d spent months of cruising around, music blasting and making memories. Explosive laughter was shared between friends within my car. Every night, I drove to a new place to take photos of the sunset. When I found a new song, my car was the first place I played it. It was my portable home away from home. But before last week, I had no idea my safe place and second home would fail me.

When I went with my dad to the Mazda dealership to check out their inventory and decide what kind of car I wanted, I had an incredible buzzing feeling in my stomach that is difficult to describe. Taking his teenage daughter to get her first car was one of my dad’s most anticipated achievement. I walked around the lot carefully examining each car, attentively observing which car was going to be the perfect choice. When I saw A$AP Cari (the name I gave my Mazda 3 Hatchback), I knew she was the car for me.

The car had virtually no issues prior to the crash, its only real flaws were small dents I had unintentionally inflicted and its poor traction. On the day of the crash, I had picked up my boyfriend, Alex, heading to Steiner to meet up with some friends. He was in the front seat and another friend, Lexi, was sitting in the backseat.

The first problem arose as we entered ‘The Bluffs’, the undulating neighborhood overlooking the lake and blooming greenery. I was confused as I pressed on the gas petal and the car lugged along like it was out of gas, which it wasn’t. I wouldn’t accelerate, so I figured if I pulled over the car would reboot and be useful once again. After we rolled down a large hill leading to Patrick’s, a little flashing light informed me the car’s battery had died, yet all of the lights were working. When I attempted to pull over and pressed on the breaks, I was terrified when the car didn’t slow. Instead, it continued to roll as if it were in neutral, now plummeting down a hill. But at the end of the hill, there was a gated house with brick wall surrounding the premises.

As we rolled down the hill, I was hopelessly slamming on the breaks with no results, trying to remain calm. I slammed the emergency break multiple times and even tried to shift the car into park. Despite this, my car was gaining speed and looked as if it was going to crash right through the mechanic gate located directly in front of the house. I had to quickly abandon the idea of being stopped by my car. I braced myself to run into a thick brick wall, accepting the fact my car would be destroyed. Despite this, I had to trust I would be okay because there was no stopping what was happening. I wasn’t in control and that was what frightened me the most.

When we hit the wall, I had no idea just how painful it would be, so I just expected the worst and held my face behind my arms, which I crossed involuntarily. Hitting a wall is a feeling like no other. The sound of metal scraping and tearing through the bricks was horribly loud, like nails on a chalkboard amplified. The feeling, though, was what really surprised me. At first, a forceful shove forward. Then came the bouncing back of my body against my seat. It felt like sleepily running into a wall in the middle of the night. Unsuspected and unpleasant.

When I came to, there was a loud ringing sound in my ear and when I opened my eyes smoke had consumed the car, making it hard to see. I gasped and coughed for air, looking over at Alex to see if he was okay. I heard Lexi saying the same thing over and over, but I couldn’t see her. I kicked open my door and before I knew it, Alex was helping me out. All of a sudden, he stopped and ran to Lexi. Her nose had practically exploded. She wasn’t wearing a seat belt (which she later explained was because she thought we were going to pull over) and was profusely pumping out blood. She was screaming because she was worried it was broken so I tried to calm her down as best I could and gave her a blanket to stop the bleeding.

Meanwhile, Alex had run to the owner of the brick wall’s home to get help. When I crashed, my phone called 911 somehow, and they were already on their way only minutes after the crash.

For my first car accident, I was relieved it wasn’t worse. I was told I did the right thing by running into the wall, rather than through the gate and into the house, or through a less sturdy part of the brick wall and off a cliff. Even though I know it wasn’t my fault, there is a feeling of guilt and betrayal that lingers in my mind when talking or thinking about the crash. I know it will fade as time passes, but I will miss A$AP Cari very much, even though it failed to protect me when it was most needed. 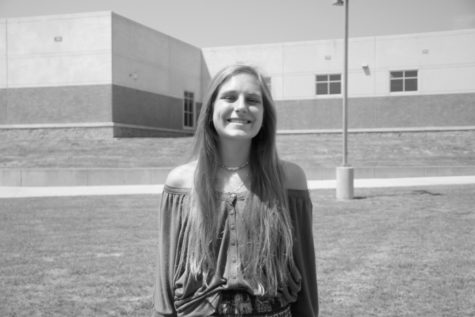 Lanie Malone, Staff Reporter
Lanie Malone is a junior at Vandegrift and this is her second year on staff. She would like to major in journalism at the University of Texas in the future. Lanie enjoys writing personal columns and personality pieces reflecting daily life, as well as doing interviews with the surrounding Four Points area. She hopes to improve her writing skills and go beyond her comfort zone to this year in the Newspaper.
1 Comment