Going Out of State

I knew for a fact that I wanted to go out of state before I even began to search for colleges. Out of state institutions were the better option for me because they offered a lot more than what an in state college could provide for me. I believe that there is a lot of new experience  in going away to school because I will encounter different people, a unique culture and more independence as I try to tackle all of the struggles that are away from home. While on my college search, I came across Eastern University, where I will be attending in the fall.

It was a big decision for me to go to Pennsylvania since I have never been there before. I visited the school. Additionally, there is the well-known fact that it is really far away from Texas. The more distance, the better in my opinion because there is a freedom that comes with the time it takes to get to PA from TX. Even though it was an easy decision, I had to outway all of the positives and negatives that led me to Eastern in the first place. What drew me to Eastern was the size (below 3,000) and the community that radiated from itself. I also enjoyed the suburban feel of the school, even though it only takes about 20 minutes to get to downtown Philadelphia. I love having the city so close to Eastern because it provides a good amount of activity away from what I will be used to on campus and will give a glimpse of what it’s like living so close to a city. I also enjoy Pennsylvania because of all of its beauty and the winter months it provides to those who live there.

However, the distance made me think about what challenges I will have to face when going to Eastern. I won’t have family close by in case of an emergency or if I need to go home for any reason. It will be challenging to make new friends because nobody that I know is going toto Eastern. Even though it may be hard to find friends, it will be especially complicated to feel as involved as someone might feel when they go to a school in Texas. There is also less financial aid given and can be more expensive to go out of state because of the high tuition that can accompany any fees that the school requires.

Despite the challenges, going to an out of state school like Eastern was the best choice for me. I know I can excel with the independence I will be given and the new friends I can make when I get there. For me, the pros outweighed the cons when I chose to go far away. I know I am ready to attend Eastern in the fall and look forward to all of the ups and downs that going out of state will bring. 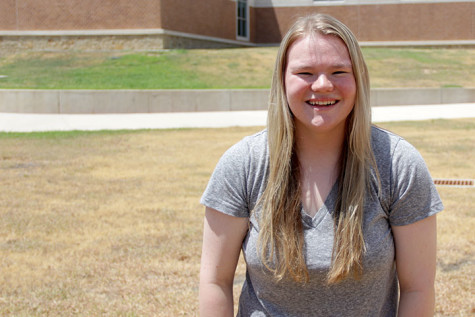 Zoe has been on the newspaper staff for three years and loves writing and informing the school of everything that is going on throughout the year. Zoe...