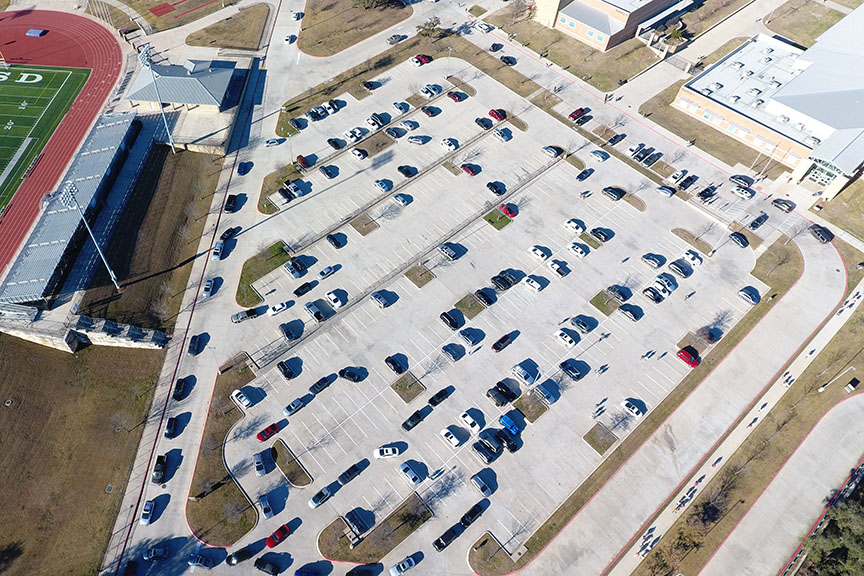 A recent demographic report from the district has shown Leander Independent School District to be the highest numeric growth area in Austin, and a projected growth rate of about 1,000 new students per year.

Corey Ryan, LISD’s Chief Communications Officer, spoke in depth about multiple reports given during a board meeting Nov. 16.

“When we look at the demographic information, we continue to see high areas for growth,” Ryan said. “With growth, we need to find ways to build new schools and create efficiencies to stretch state funding, which is shrinking every year.”

The school district’s growth rates have been on a steady incline since 2006, and it looks like it won’t be dropping anytime soon. Vandegrift has 94 more students this January, compared to last January and has consistently had student growth the past several years. This year 11 teachers are teaching from the annex at Four Points.

“If we can be efficient in operating schools, for example through energy saving buildings, we can dedicate more money to teachers and student programs,” Ryan said. “The Vandegrift community can expect the district to continue to build and renovate its older schools.”

The city of Austin will start a substantial project on Ranch to Market Road 2222 in the next year or so, which will eventually improve traffic flow for the Four Points community, but will be a challenge during construction.

“Moving forward for VHS and FPMS, a significant concern will be traffic in and out of the school,” Ryan said. “The bond included funding to start designing the VHS road; however, there are still several steps in getting permission before we can make that plan a reality.”

The recently approved bond election included an expansion to the seating at Monroe Stadium. LISD will also build an agriculture science facility at Grandview Hills Elementary to support Vandegrift students who currently travel to Cedar Park High School to care for their FFA animals.

“While growth can bring growing pains, it also brings a lot of excitement,” Ryan said. “As a school district, we are excited to work with our communities to address growth and expand our offerings to bring more opportunities to students.”

English Language and Composition teacher Kirsten Mulligan spoke about her take on the growing community and the passed bond.

“There have been school districts very close to us, where the bond didn’t pass, and I don’t know what you do when you have more kids coming in, and they don’t give us more money for more desks, classrooms, computers, or an additional wing,” Mulligan said. “However, I think that we have done a good job of finding creative solutions to having more kids than we can fit in our building.”

Mulligan praised the way administration has handled overpopulation, and said that with their creative outlook, it’s seen more as a challenge rather than a problem. Mulligan stated that continuing the climate and culture at Vandegrift will be more effort than ever, but will ultimately be worth it.

“When were small, I think teachers have a one on one relationship, and as we get bigger and bigger and bigger, it takes more effort to make sure you know the kids in the hallways,” Mulligan said. “And [to make sure] they know that somebody is there for them if they need them.”

Senior Katherine Holsinger said she had noticed the shift in the amount of students.

“For one thing, the science hall is constantly backed up and I find it very difficult to get through [to my classes],” Holsinger said. “A lot of my classes are too full. There will be about 30 students and the teachers complain about not having enough desks, which is insane to me. How can we not have enough desks?”

She noted that when she was a freshman, pep rallies with every grade were able to be held in the gym, and now that she’s a senior they need two separate pep rallies to accommodate students.

“The grades are exponentially getting larger and I can tell that every year the halls get more and more crowded,” Holsinger said. “As much as I hate going to the annex, I think it’s helped. If we could expand the school somehow that would help a great deal.”