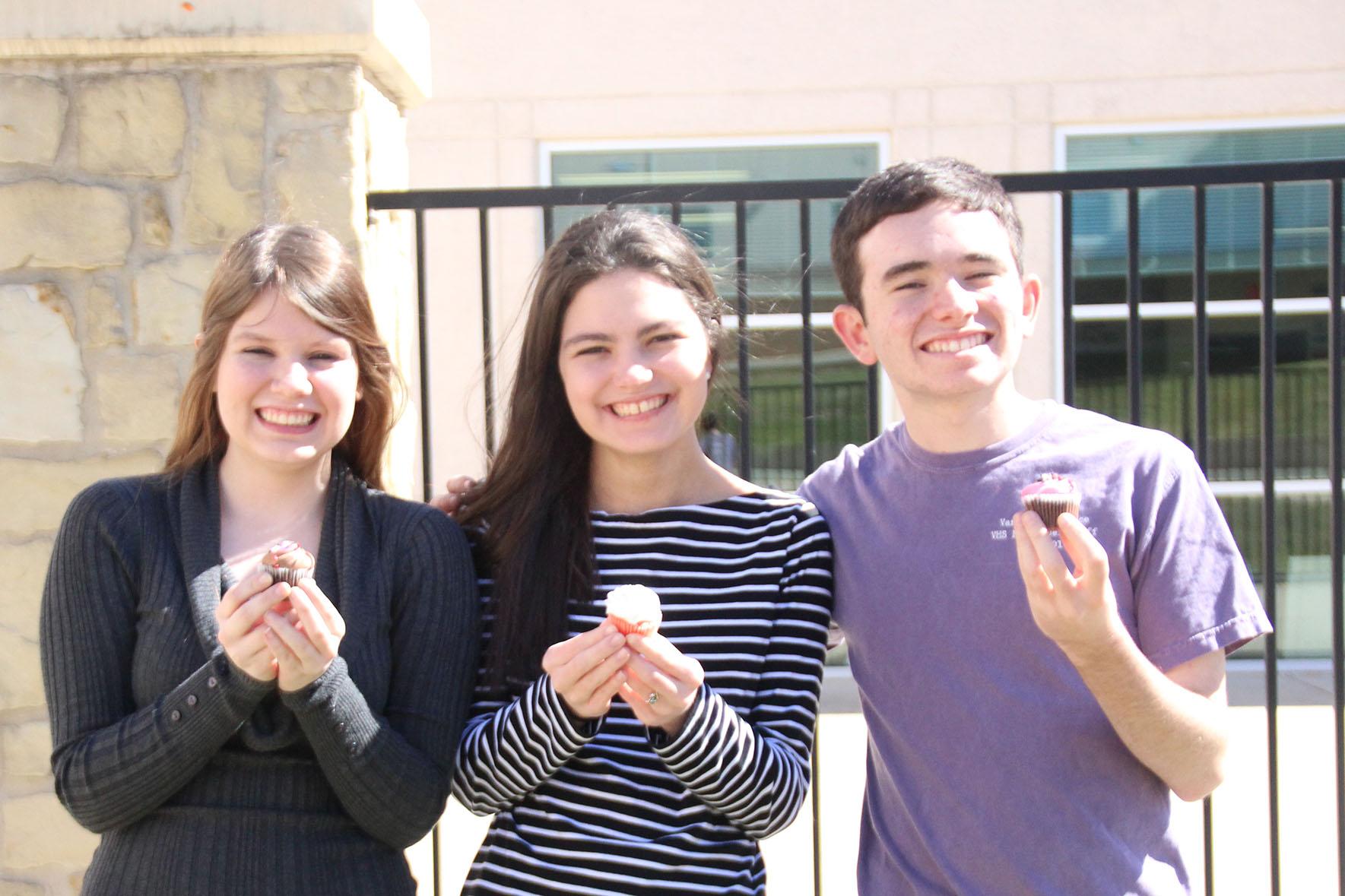 This week, I will be thrown from my safe, known realm of adolescence into the terrifyingly unknown world of adulthood. In other words, this Friday I will turn 18.

Usually, I would be anticipating the event and counting down the days until I become a year older. This year, however, I wish that the world had skipped the 26th day of February. This time when my birthday rolls around, I will not only be a year older, but I will also be an adult. For someone who has never had to fend for herself and cannot even drive herself places, becoming an adult, even if there will not be any immediate life changes, is a terrifying revelation.

For one, being an adult means that I can now vote. To be able to choose the next leader of the free world is an overwhelming responsibility, one that is incredibly important and nerve-wrecking. This responsibility is coming sooner than November for me, as the Texas primary is just a mere five days after my birthday. Finally, I will have a say in who is the leader of my country, which is a great relief for this election in particular. This one impactful duty as an American and my chance to make a difference in my country is an immense relief.

Legally, when someone turns 18  they can also change their name. At the moment, even though I write it with a hyphen, Rose is just my middle name. Starting Feb. 26, I could conceivably change my name, legally, to Emma-Rose. This is what I have been called my entire life, and I would like to make it more “official.” This is one positive that would give me more power to be myself.

As an adult, I can also legally move out on my own. I by no means plan on moving into my own place, but that fact that I could conceivably start living on my own, and can start paying bills and do things that were a long ways off just a couple years ago is terrifying. Another thing that you can you can do when you become an adult is get married. This is another thing that I definitely do not plan on doing for at least a couple years, as I would have to find someone I want to marry first, but the fact that I can is enough to scare me out of my mind. The fact that I am old enough to attach myself to another person for the rest of my life is surreal and baffling. I do not think I am old enough to make such decisions.

Another thing that I will be able to do come the end of the week is buy a lottery ticket. I have never thought about it that much, but I when I am eighteen, I will be able to participate in the Texas lottery, test my luck and hopefully win some money.

Becoming an adult is daunting, but there are so many new things this change allows me to do. As frightening as it to be on my own legally, if not literally, it is exciting and I can’t wait to see what the eighteenth year of my life has in store for me.

Most forget that birthdays are a marker of time for each individual. People usually associate birthdays with presents and parties when in reality they celebrate the accomplishment of living for another year, a seemingly miniscule event to some. I, for one, have been thinking a lot lately about how amazing it is that I have lived for 18 years as of February 24th.

On my 16th and 17th birthdays, I remember being upset. Upset about turning older, which is a strange response for someone my age. I’ve previously associated getting older with having less time to do the influential things I’ve planned to do.  I’m always constantly worried about my future, which I hope includes making a difference in this world somehow, and I thought that somehow turning older would interfere with my goals. However, this year I’ve reached the rational conclusion that growing older by no means limits me. I can still become an accomplished author or a professional technician and in fact am moving closer towards these aspirations with every passing day. During my 18th year, I will be migrating closer to my dreams then ever before.

At 18 years old, I am finally, obviously, an adult. This title comes with a bunch of new responsibilities and differences, but the most poignant change for me will be moving away from home. I will be leaving for an out of state college in late August or early September. It currently looks like I will be attending my dream school, the University of Michigan. This means moving to an entire different state, living with a stranger and accommodating to a completely new environment. This immense change was really brought to my attention and became a lot more real upon turning 18. However, unlike I would’ve been last year, I’m actually completely ready. I cannot wait for the day where I can finally be surrounded by people who are as invested in theatre and writing as I am. I’m ready to learn how to be successful but also how to live for the most part on my own.

This past birthday I felt a strange sense of acceptance that I hadn’t felt before. Instead of feeling panicky or worried about becoming older, I felt content. I am confident that at the age of 18, I’m still young enough to find a direction while being old enough to make my own decisions. For most, turning 18 indicates adulthood and being able to handle a multitude of new things, for me it indicates embracing my future full fledgedly for the first time.

Like my distinguished colleagues, I too have several trepidations regarding my eighteenth birthday. Soon my years of free education will be long behind me, and all the many years of instruction that remain between my and my dream career in diplomacy will require hours upon hours of work and a multitude of student loans. Add on the prospect of living alone, potentially thousands of miles away from my immediate family, and the idea of becoming an adult is frightening, to say the least. But there is one aspect of becoming a legal adult that my fellow writers do not have to face, and which particularly terrifies me: registering for the draft.

By this simple registration, I am committed to joining the armed forces in the event of a major war. But what, really, are the chances of a war that requires the draft to be reenacted? Such an event may have seemed an anachronism for many years, especially after the end of the Cold War. But recent geopolitical events have proven that these optimistic and relatively peaceful years were more of an anomaly than a new normal state of affairs. China has managed to turn simple border disputes with many of its neighbors into a full blown crisis. A resurgent Russia has intervened in numerous nations, such as Ukraine and Syria, in order to reestablish itself as a great power. And the Islamic State is bent on total domination of the Middle East, and the destruction of America. These antagonisms are more reminiscent of the years before the First World War than the post-Cold War period. If I do become a college student, under the current draft laws I can only postpone being drafted until the end of the current semester (or end of the academic year if I am a senior.) The thought of a major war breaking out, requiring me to enlist, is definitely one of my greater fears involving my upcoming birthday.

But of course, there are many reasons to be excited about the coming years. It will be scary, yes, to live so far away from my parents for such an extended period of time. But the experience will definitely hold a lot of excitement as well. And the possibility of my life ending in a major war all depend on if that conflict ever occurs, which is a pretty big “if”. For instance, there were many instances in the Cold War (the Cuban Missile Crisis comes foremost to mind) when mankind was nearly faced with a global nuclear holocaust, but a compromise was reached and humanity left to live another day. There are many things we can guess about the future, but that’s all they are: guesses. The only way to know for certain is to face it head on. And cross your fingers.

Check out what YOU can legally do when you turn 18! 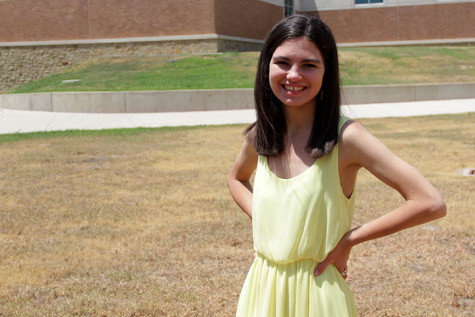 Emma-Rose Floyd, News Editor
Emma-Rose is a senior at Vandegrift. She has been a part of newspaper since her sophomore year. Positions she has held include Social Media Manager, and News Editor, a position she has had for two years. Emma-Rose  is also an active member of Key Club, dances in her free time and is a member of the UIL journalism team. She hopes to major in communications in college and become a full-time journalist. 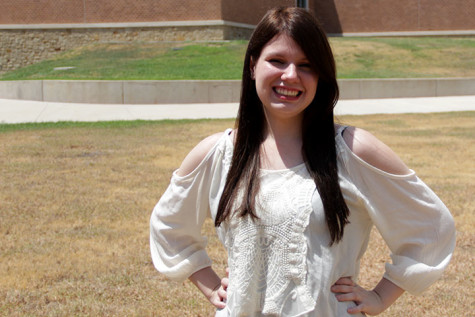 Alaina Galasso, Editor in Chief
Alaina Galasso is a senior at Vandegrift and this is her third year on the newspaper staff. She competes in journalism for Academic UIL and was previously sixth in district for Feature Writing, fourth in district for News Writing, first in district and region for Editorial Writing and second in state for Editorial Writing. She also works as a professional theatre technician outside of school and is an active member of the school's theatre department. She is currently the department's head stage manager but has participated in lighting, run crew and sound since she was a freshman. For her work in theatre she is a 9 star International Thespian and current secretary of Thespian Troupe 7613. She has also been involved in Student Council, the HCEF Inventeam, National Honor Society, Vision Dance Company, AVID and Latin Club throughout high school. She hopes to attend a top university up north and plans on majoring in Theatre Design, Production, and Management with a minor in Creative Writing. 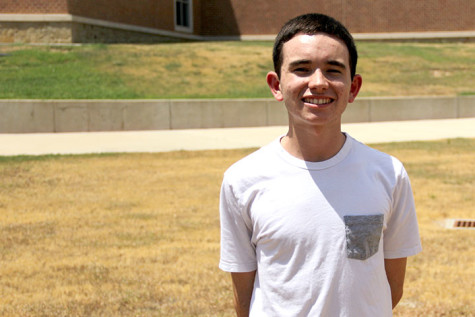 Johnny Morreale, Writer
Johnny Morreale is a staff writer for the 2015-16 school year Vandegrift Voice newspaper. He is fond of the written word and reads frequently, though not as much as he used to thanks to the soul-crushingly large amount of homework he now has every night. When not at school, he swims, studies and works at the River Place Country Club.
Leave a Comment