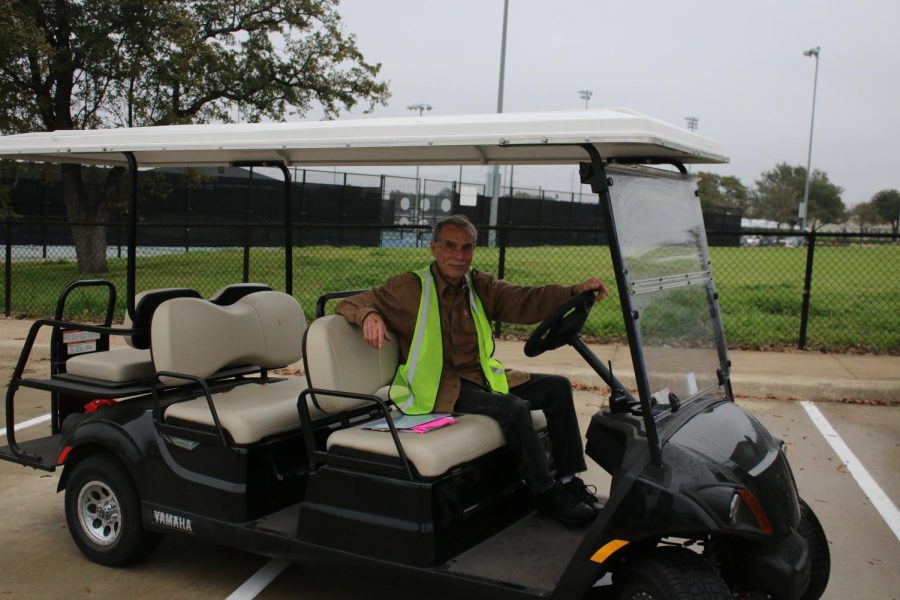 “I really like to be friendly with the kids, I don’t want to get anyone in trouble,” Montague said. “I just want to do my job everyday, keep the cars safe and the kids safe.”

The school has had an issue with unpermitted vehicles parking in the lots illegally, mainly underclassmen who have not had the opportunity to purchase a pass because of their grade level. Mr. Montague’s position will help reduce this issue by enforcing the school’s rules.

“Just because you have a license and vehicle does not give you the right to park,” AP Micheal Heath said. “It’s a privilege. Seniors and juniors [have] been here longer, and there is a bit of seniority there. A senior who’s been coming to this school for four years deserves the privilege to park on campus.”

Safety has been a concern as well; school administrators and school resource officers have had no way of monitoring the cars parked in the lot. Not only do passes control overcrowding, but they allow the school to know who is parked in the lot. In the past few months, unidentifiable cars have taken around 150-200 out of the 796 parking spots available to students.

“The main issue about not having a parking tag is that I can not identify your vehicle,” Heath said. “To get a pass you have to register your vehicle to the school, and those who haven’t completed that step could be anyone. We have no way of knowing.”

Limited student parking spaces have always been a problem on campus. It has been an ongoing argument between the classes that can hopefully be put to rest with the attendant position filled.

“Personally, I am ecstatic about the new attendant,” junior Tessa Sheppard said. “I hope he cracks down on people without passes. It’s frustrating when I pay for a spot to park in and then it’s taken by someone who didn’t. I think it will be a really beneficial change that was long overdue.”