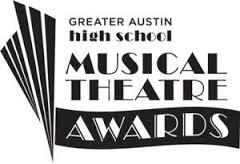 “I was completely shocked because I didn’t think I was going to win,” Clark said. “I was incredibly honored and I had so much fun working with all of the people. I’m really proud of our school.”

At the end of the night, after all the performances were over and the awards given out, the Long Center announced a new policy. They will now offer front row seats to any of their shows to high school students for only $5 dollars. The program aims to encourage high school productions and theatre programs. They also gave each participating school a $500 gift to be used towards their theatre program.

“The entire experience of GAHSMTA was incredible,” Kelly said. “I’m so honored to have won  my scholarship- for someone like me, who wants to attend school outside of state, it can get very expensive. A scholarship like that can really help.”

Vandegrift students had the chance to work with and be around students from other schools within and outside the district during the actual ceremony and in the rehearsals before. The awards on Thursday were presented in a “Tony” style, with everyone expected to dress up and give speeches if they won. Special guests included the mayor, KXAN newscaster and special messages from Broadway stars and Jane Lynch.

“I’m really proud of our wonderful students,” technical director Mr. Stahlecker said. “They are truly amazing at what they do.”