Senior makes it into Texas State Treble Choir and more 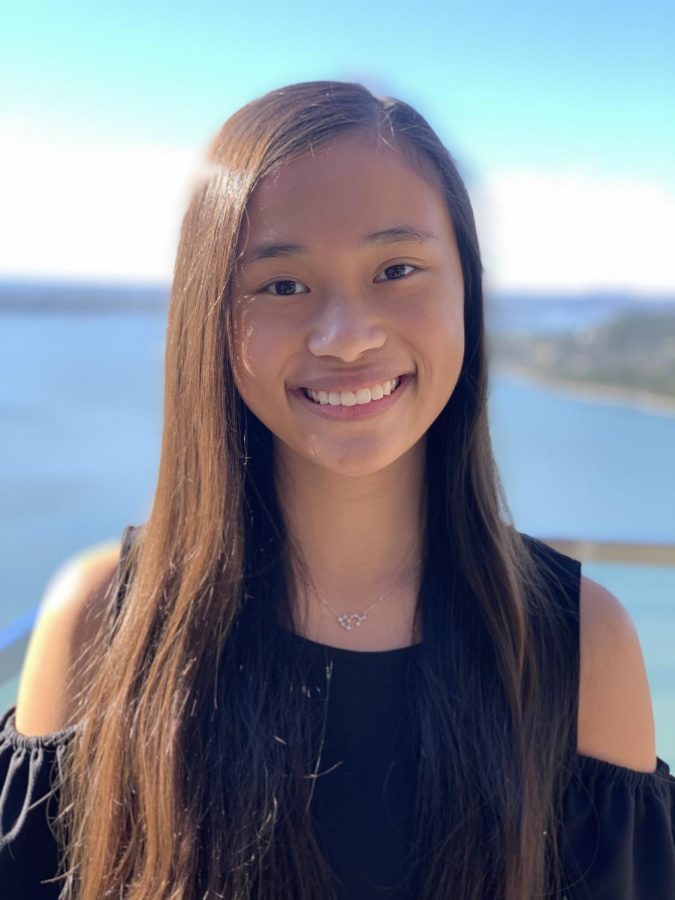 After finding out she made it onto the prestigious Texas-All State Treble Choir, senior Andrea Patriarca was in total shock. She didn’t think it was possible.

“I was so excited,” Patriarca said. “My voice teacher was the first person who found out and she texted me, telling me I made it and congratulated me. All my friends started texting me and congratulating me, and when I told my family, they were happy for me too.”

Texas State Treble Choir is one of the three All-State Choirs that students audition for. There are three to four rounds of auditions that test skill, vocal agility, and musicianship. In the school’s history, only five students from Vandegrift have made it into Texas All-State Treble Choir.

“There were over 300 students that began this process in September and only seven students were chosen,” head choir director Michael Zook said. “Being chosen for Texas All-State Choir is a huge deal, and myself, Ms. [Emily] Chandler, and the entire choir program are so very proud of Andrea and the other four students that made it this year.”

Patriarca spent eight months working on her audition. Her directors and private lesson teacher held practices and met with her every week to make improvements on her audition material.

“The best part of auditioning is getting to practice with your friends,” Patriarca said. “I didn’t know what to do without them because they are so helpful.”

Patriarca discovered her passion for singing through her siblings, Nina and Ben, graduates from Vandegrift, who also did choir throughout middle school and their senior year.

“I started singing in the Canyon Ridge Middle School choir when I was in sixth grade,” Patricia said. “Going to a bunch of concerts and having my siblings sing was what led me to discover my passion for singing.”

“Andrea is a great example of a student that is talented in multiple organizations, and yet is still able to participate at the highest level in all,” Zook said. “She has been in the top choirs as well as the Legacies Dance Team since her sophomore year and has always managed to work out conflicts.”

Patriarca also served as project leader for the Viper Choir where she helped coordinate ways for the choir to engage with the residents at the Longhorn Village Senior Living Community in Steiner Ranch where she organized a holiday card writing campaign.

“My grandparents live in the senior living community and it was just mainly because I can’t see them ever since quarantine happened,” Patriarca said. “I understand how the seniors feel and I’ve been writing to my grandparents, so it’s good to get the choir involved.”

Besides making it into Texas-All State Treble Choir, and serving as a project leader, Patriarca was also announced as LISD’s Fine Art Student of the Week last week.

“It was such a good opportunity and representing the organizations I’m in and it was surprising like my directors were posting it and saying congratulations,” Patriarca said.

Patriarca said who supported her most besides her family and directors, was her brother.

“He wanted me to do this too and he was so close to making Texas-All State,” Patriarca said. “He would help me with my audition and when I found out, I woke him up, and he was so excited for me and we were jumping up and down.”

Patriarca plans to continue singing and dancing in college and hopes to attend Baylor University after high school.

“Baylor has an amazing choir program which is why I want to go to Baylor,” Patriarca said. “Every summer they hold a state camp for choir and I fell in love with the campus. Hopefully, I get a scholarship for choir as I want to continue singing and dancing in the future.”

“It has been my dream and ever since I watched my brother go through the same process, I worked hard to reach my goal, and I did that,” Patriarca said.