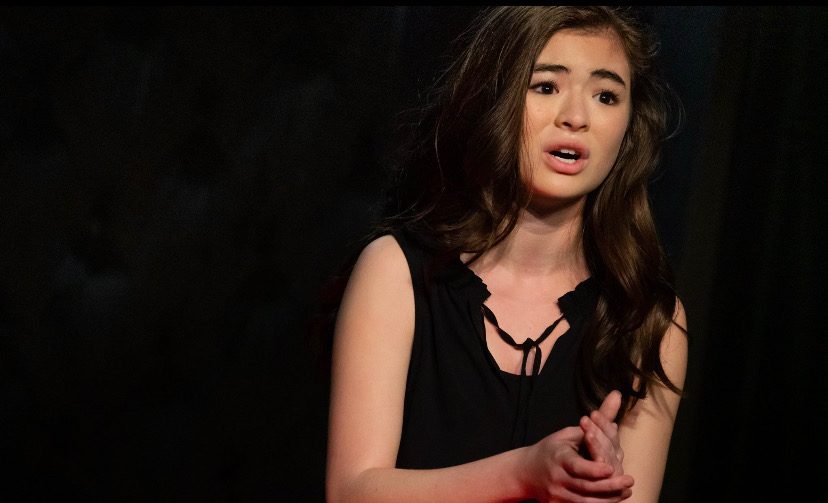 Anna Zavelson and Joey Painter, known as "The Minor Keys" performed at the White House on Dec. 3rd.

Surrounded by Christmas trees, lights and the faint whispers of passerby, sophomore Anna Zavelson’s voice fills the air of the grand White House hallway as sophomore and pianist Joey Painter accompanies her, and a hush goes over the crowd gathered in front of them.

Anna and Joey, who together make up “Minor Keys,” have been bandmates since elementary school. Recently, the pair performed in the White House for a private event on Dec. 3 after being selected by the director of White House entertainment. Joey’s mother submitted a clip of them performing to the White House website and the duo received the call in early November that they had been selected from millions who entered to sing to guests at the White House.

“It’s kind of surreal, you don’t really realize that you’re performing in the White House,” Anna said. “You realize this is a place where so much history has happened and so many presidents have lived here and everybody who’s listening is important.”

It was Anna’s first time visiting Washington, D.C., and she and Joey received a private tour of the White House before they performed. The capitol was decked out for the holidays, dozens of elaborately decorated Christmas trees were set up in themed rooms and party goers mingled throughout the rooms as the pair was escorted on a tour by the secret service.

“We were singing in the foyer of the White House, so people would walk through and make a loop around the house and we were the last place they would go before leaving,” Anna said. “We were in the regular Christmas room, and there were so many Christmas trees. It was beautiful, and the big open room had really good acoustics.”

The crowd around “The Minor Keys” consisted of employees and party attendees, and their children. Anna recalled that the kids especially had a lot of Christmas spirit and enjoyed the performance so much that they would take pictures.

“I love to sing, but I never thought that people would actually listen to my voice and there were a lot of people who stayed for three or four songs,” Anna said. “It was kind of crazy because they would stand there and close their eyes and just listen to me sing. It was weird, but it also felt cool to know how much they loved it.”

While the duo composes original music, they played covers of Christmas songs to go with the White House’s theme. Joey and Anna were required to learn 20 new songs for their set and had only a week to prepare for the performance.

Joey and Anna have been performing since their third grade talent show and have enjoyed playing at charity events and on Sixth Street frequently in the last seven years of their musical journey together.

“She’s matured as a singer and been able to improve her tone and add small details and runs here and there to improve the overall quality of how she sounds,” Joey said. “The whole process has gotten easier with the more songs we write and we’ve both grown a lot.”

Celeste Schneider, Anna’s musical theatre director and teacher, recalled how shocked she was at Anna’s noncholance when she informed her class about singing in D.C., stating that she made it seem like the opportunity wasn’t a big deal.

“I am so proud of her humility,” Schneider said. “I just think to be that talented and have a very humble attitude is very cool.”

Anna has been performing since she was six after her parents attempted to enroll her in piano lessons and her instructor discovered that her talent was better suited for singing. After that, everything fell into place from her first concert singing “Think Of Me” from the musical “Phantom of the Opera,” to her sixth grade lead role under Schneider’s direction in “Legally Blonde” and beyond.

“My biggest dream has always been to work on Broadway,” Anna said. “I also love film acting and singing, so a career in tv or just producing my own music would also be incredible.”

Anna isn’t the only person who envisions her on the stage for life, both Joey and Schneider project that they’ll see the young star on Broadway, or the cover of an album in the next 10  years.

“I feel like I am just one piece of the giant puzzle creating an artist like Anna,” Schneider said.

While Anna finds herself practicing five hours a day sometimes, she doesn’t understand how anyone who plays a sport could spend the same amount of time on the court or the field.

“I love singing, practicing and being able to write songs and play the guitar,” Anna said. “I’ll look at people playing basketball and that doesn’t sound fun to me, but for some people they don’t understand how I can sing so much, but it makes me happy and I feel like I’ve never really been able to explain it.”