New PALS to be announced 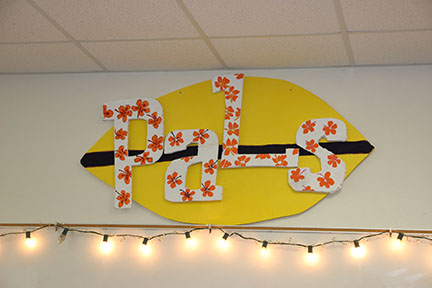 Over the past few months, the PALS have been preparing for the overload of applications and interviews that began just a few weeks ago with the new incoming selection of students who are hoping to be next year’s PALS.

“It’s been crazy because there has been so many applications,” senior Katelyn Morse said. “This is the largest amount of applications we have ever had and it’s been a lot more work.”

PALS stands for peer assistance, leadership and service and is a national program recognized by many all over the country. The purpose of PALS is to enable students to use their potential to make a difference in their lives and the lives of others around them.

“PALS has changed me by making me more active in my community,” junior Vincent Zambito said. “It has made me a more positive person.”

The PALS applicants had to undergo a long application process and have an interview with two PALS.

“Going into the interview I was very nervous,” sophomore Zander Sheffield said. “But the PALS who interviewed me, made it as calm as possible.”

“I believe all PALS should be a leader in and outside of school,” Zambito said. “More specifically they just need to be a kind and down to earth person.”