Alum’s experience as a woman in STEM 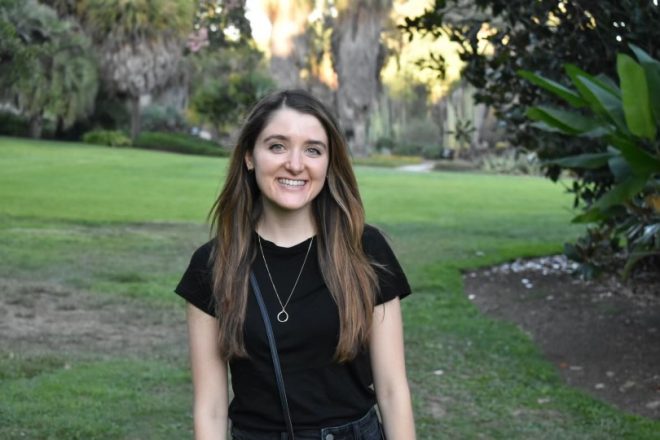 When choosing a career path, it’s difficult to know what choices will impact a whole life. Whether it’s the college route, a trade, or directly pursuing a dream, the high school and college years are a turning point for everyone. Taking opportunities, and finding new interests are all important facets of making these big decisions.

Hannah Von Oldenburg graduated from Vandegrift in 2013 and went on to graduate from MIT in 2017. She found her passion for sciences and engineering through the robotics team.

“Sophomore year was where I heard about the robotics team, and then I approached the robotics mentor about joining the team.” Oldenburg said. “I joined team 4545 my junior year [of high school], and I ended up being the director of robotics my senior year.”

Oldenburg was valedictorian for the first class to go all the way through Vandegrift, and even then she knew she was well prepared for college. Originally, Oldenburg  went in the direction of biomedical sciences.

“I felt a lot of pressure to try to make the mold of being a doctor work for me,” Oldenburg said. “But I realized it just wasn’t for me and that’s okay.”

After that realization she soon found material science engineering, a different brand of problem solving which she found much more to her liking.

“It’s the combination of physics, chemistry and mechanical engineering,” Oldenburg said. “It focuses on how things exist in this world and how things are made.”

While Oldenburg’s drive to work hard comes as second nature, there are some slight challenges to being a woman in a STEM career.

“Being on the robotics team seriously prepared me for being a minority at a company,” Oldenburg said. “Because when I was on the team there were only two girls.”

Oldenburg recognized how valuable this experience was early on, and just how much she’s learned from it in her work today.

“Five or ten years ago I wouldn’t have said anything, I would have just laughed and moved on,” Oldenburg said. “But I know that I have a voice now.”

Oldenburg hopes we will see more change in the percentages of women in STEM in the future.

“The number of women around me right now is growing,” Oldenburg said. “We support each other, we work together, getting a network helps.”

Now Oldenburg pursues aerospace engineering at the corporate level. With the knowledge and confidence in her capability and passion in her field.

“To all the high school girls, you can’t have fear in something like this,” Oldenburg said. “You have to be courageous and you can’t let your fear hold you back.”