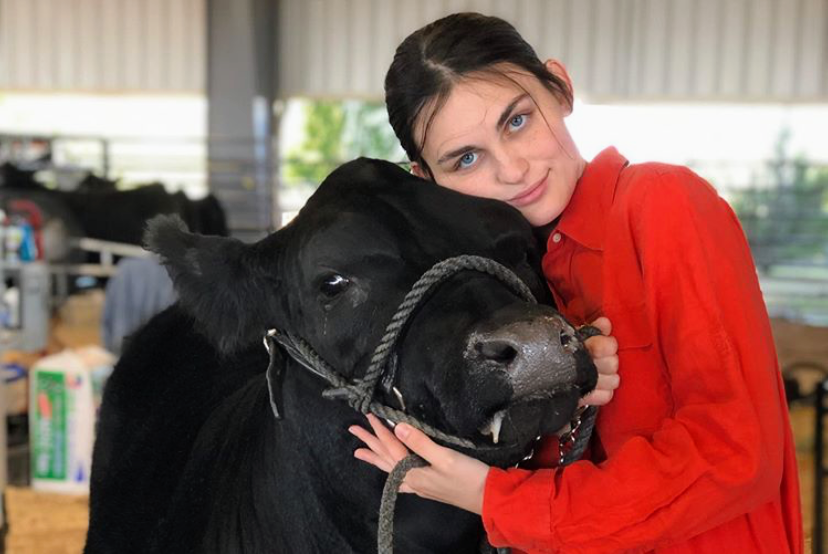 Markley posing for a picture with her steer at the Greater Leander FFA show.

She’s in a show ring full of steers and peers waiting for the judge’s decision — praying for Grand Champion or Reserve. She holds her breath and taps her cows feet, ensuring he looks his absolute best in front of the judges.

Senior Svenja Markley recieved Grand Reserve award at her third show with her steer Jan. 25. This is Svenja’s first year competing and raising animals with FFA.

“I really like wildlife and learning about wildlife around Texas,” she said. “[The wildlife team] was really fun. I learned we could raise animals. I figured it’s my senior year, so why not. I didn’t want a pig, so I got a steer. Go big or go home.”

Although she’s new to the program, she was determined. Her hard work evidently paid off at the Greater Leander show last weekend.

“It took a lot of work [to get to this point],” she said. “I worked with my steer every day – washing him, training his hair to look poofy and nice, showering him, blow-drying him off, brushing and walking him and making sure he stands correctly in the show ring.”

Svenja said she didn’t think she was going to place high and has remained humble with her win.

“I’m really happy since it’s my first year [raising animals]; it’s really exciting to win such a high title,” Markley said. “Of course I would love to get Grand Champion but Reserve is also really cool because I was competing against a lot of really nice cattle.”

Her interest in raising animals was sparked in her junior year when she joined the wildlife competition team.

“A lot of people have helped me with [my] journey, especially my AG. teacher, Mr. Lemmons,” Markley said. “My parents helped me a lot, as well as past seniors, helped me. I received a scholarship too which was helpful because steers cost a lot to raise.”

Her next steps are to either sell her steer or let him live the rest of his days out on a farm in rural Texas.

“Next we go to San Antonio in two weeks,” Markley said. “I will hopefully place high enough to sell him.”