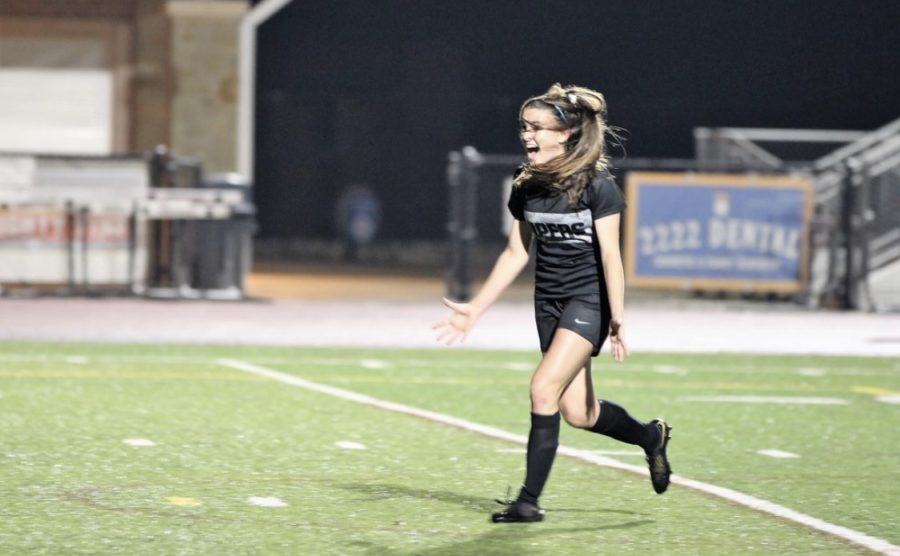 The girls varsity soccer team faced Leander on Friday. The Vipers won 4-0 marking their eighth win of the season.

“We started preparing a few days before the game,” junior Olivia Tabash said. “Being mentally prepared is super important so we can go into the game strong.”

The Vipers dominated the scoreboard and kept the Lions quiet throughout the game.

“Against Leander we focused on coming out strong,” senior Haley Meier said. “It takes us a little bit of time to get our groove together but against Leander we started as we finished. We took advantage of the opportunities at the goal to put the game away early.”

The Vipers had a bye week before the game giving them more rest then they usually receive. They are currently no. 2  in the district behind Round Rock and are looking to make a push for first place during the second half of district play.

“The bye week was extremely helpful,” Meier said. “We have a very tough district this year so it all takes a toll on our bodies. Our coaches gave us plenty of time during the bye to recover and get back to 100 percent for the second round of district.”

The Vipers will face off against Stony Point tonight for the last game of the first half of district play.

“Today we will attack Stony Point and move the ball around because they keep a lot of their players behind the ball,” junior Olivia Perez said. “We will give ourselves a chance to win by working to keep the ball with us more and opening up our position when we have the ball.”