Viper Golf wins State for the third year in a row 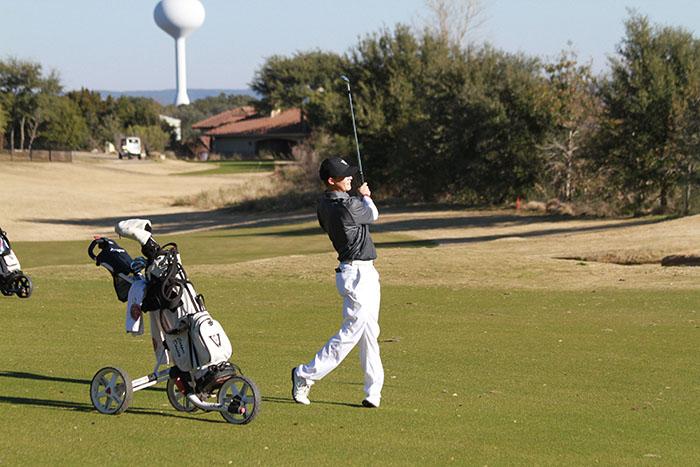 The Varsity I Golf team won the UIL 5A State Championship at Wolfdancer Golf Club in Lost Pines, Texas on Tuesday. The win was backed by the team shooting 285-287 (572), which was 47 strokes ahead of the second place team, Alamo Heights. This is the team’s third straight state title.

The team was led by Cooper Dossey, who won the individual State Championship, shooting 66-69 (135), which was eight strokes ahead of the second place finisher. Finishing second individually last year in the State tournament, Dossey believes that he is a stronger golfer than he was.

“I was a stronger golfer mentally this year,” Dossey said. “I really focused on every shot and played as hard as I could for my team. The individual title was just icing on the cake. I was more focused on winning the team title.”

While they did not win State, the Varsity II team also had an impressive showing. They finished third place among teams competing in the tournament. This is very impressive because Vandegrift was the only school to put two teams in the State Tournament, and they both performed rather well.

While the team realizes that moving up to 6A next year may be a difficult transition, they have high hopes about winning State for the fourth year in a row.

“Winning State in 6A will be a challenge due to the depth there is compared to 5A,” junior Daniel Martinez said. “Also, losing three seniors does not help, but I think we will be up for the challenge and be highly competitive.”

The team will face challenges in 6A, as the competition only increases. However, the team will likely put in the effort in the offseason, as they will be dedicated to win the championship for the fourth straight year.