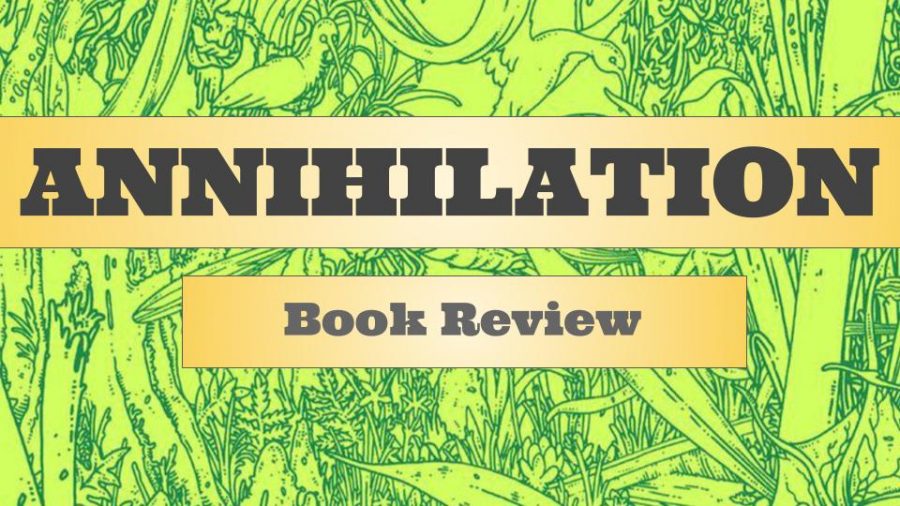 Graphic made by Claire Lawrence

Area X, a no-man’s-land beyond the borders of civilization, has overcome 11 expeditions that venture into it’s grips. The 12 expedition now tries their luck.

Written by Jeff Vandermeer and published in 2014, Vandemeer creates a sci-fi world of humanoid landscapes, human-celled animals as well as wreckage of deserted villages and battle wounded lighthouses. The 12 expedition consists of four women known as the anthropologist, the psychologist, the surveyor and lastly the biologist who is the narrator. Their entire mission is to evaluate and map Area X, record observations and inferences in their personal journals and most importantly survive Area X – which hadn’t been done in success.

Although Vandermeer demonstrates the fictitious nature beautifully through rich imagery, I got lost in the wordage and the descriptions. Yet, although I was often confused as to what I was picturing, it coincides with how the narrator felt and internalized the landscape and its inhabitants. What I pictured isn’t necessarily what he was trying to demonstrate but it isn’t a weakness on his part as an author. To me, Area X is a wasteland of deserted villages, humanoid shrubs, species of animals that strangely coincide next to one another and supernatural monsters made up of light and tiny green lichen. To him as well as other readers they may picture something completely different which isn’t a weakness but a strength in terms of analysis and spoken conversation.

“Annihilation” serves constant twists and turns that disheartened me in my hopes for the group’s survival. The plot leads you on the biologist’s journey both mentally and physically. I personally hated her. She was closed-off, didn’t appreciate her husband enough, obsessed with her work and selfish yet all these negative traits paid off. The other women weren’t much better, they were fairly useful until they weren’t. Every woman in this novel had severe faults of anger, uncertainty, control and weakness to their surroundings. Vandermeer very plainly executed the core personality traits in each of his characters. The biologist was the loner, the psychologist was the control freak leader, the anthropologist was the gullible woman and the surveyor was the anxious one of the group. The biologist was the only one we got to see into, we knew her thoughts, her progression, her specific journey and she did grow but also regressed in some aspects of her personality. She never gave up her selfishness toward survival which I respected from her character.

Overall, although the book was incredible work of sci-fi, it left me on branches of confusion and longing to know more. Many loose ends felt untied and I wish that we had gotten glimpses of the other women. This is the first installment of ‘The Southern Reach Trilogy’, so there is hope that Area X will be explained but I can’t be certain. Maybe he meant for confusion of Area X in order to mimic how the expeditions felt and how the scientists directing such death traps also feel. I cannot be certain about anything except that the book was beautiful and a must read for sci-fi enthusiasts and fiction lovers.