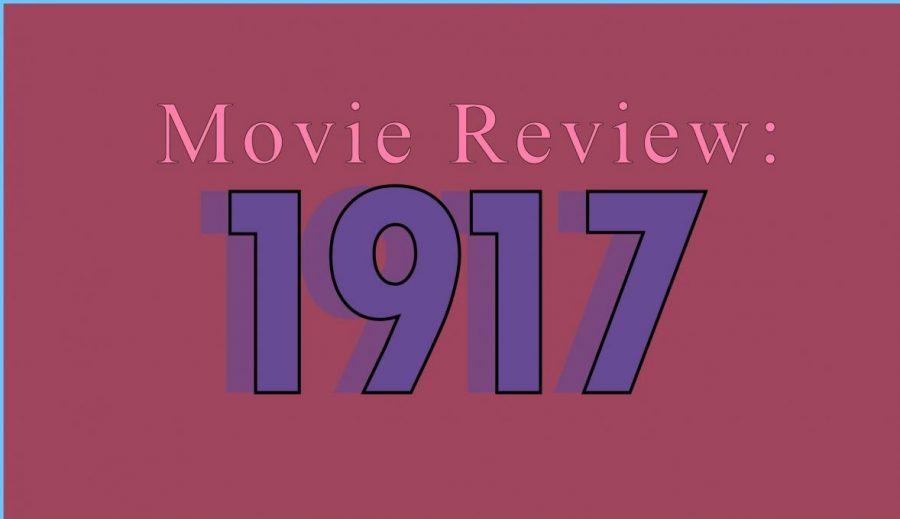 Graphic made by: Claire Lawrence

I recently went to see the new WW1 movie “1917,” and I was deeply impressed by the film’s historical accuracy and portrayal of the war.

I was absolutely blown away by the beginning of the film as it showed how brutal living in the trenches was. It portrayed the grittiness of trench life, displaying the sanitary conditions, numerous wounded soldiers and the constant threat of rats, all conditions real soldiers faced during the Great War.

There are also numerous details that are seen outside the trenches. For example, near the beginning of the film when the two main protagonists are maneuvering through craters, an abandoned, presumably Mark 1, tank can be seen stuck in a ditch. This is a very accurate detail to include as early tanks of all warring sides were notorious for breaking down or getting stuck in ditches. Another interesting detail is the inclusion of drunken German soldiers near the end of the film. During the Kaiserschlacht Offensive of 1918, discipline broke down amongst the German ranks as several soldiers broke into wine cellars and began emptying their contents.

This was also the first movie I have seen where it was filmed as a “continuous shot.”  A continuous shot is where a movie is filmed as if it were one camera shot. At first I thought I would be thrown off, but the filmmakers executed it in a way that did not confuse me. I also have to praise the sound designers for the film. There are too many movies and video games where gunshots are quiet and sound more like toy guns. In “1917″ however, the gunshots are very loud and sound like an actual rifle going off. I was really pleased that they portrayed firearms accurately. In addition, the German soldiers portrayed are actually speaking German rather than English with an accent. I loved this as it is an issue to immersing yourself into a story where the foreign character is speaking English.

So would I recommend this film to others? Absolutely yes. I can’t stop praising this film for its attention to historical accuracy as well as its sound and film design. I think the film and its cast and crew have earned the awards they have received because the film is extremely well made. I hope that the film goes on to win at the Oscars.