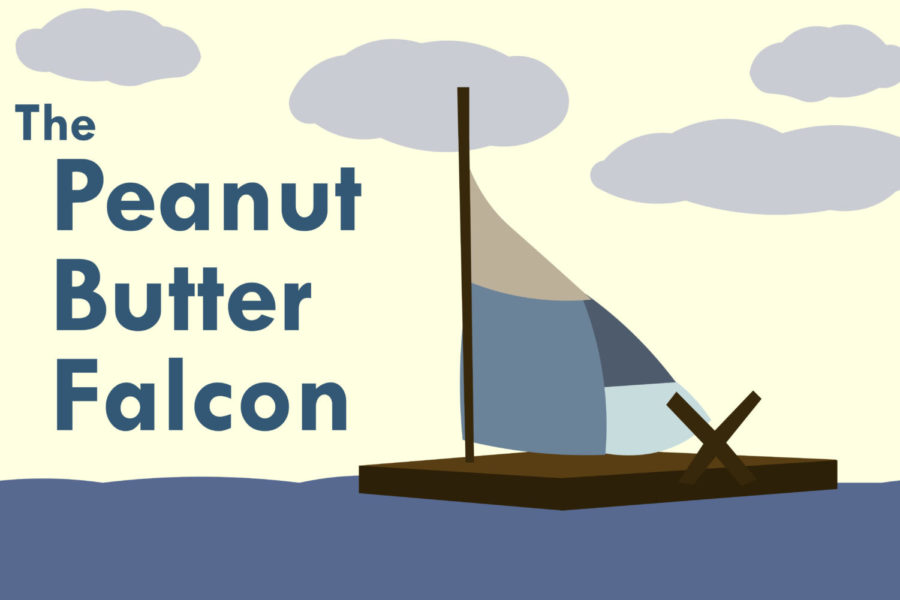 "The Peanut Butter Falcon" premiered at South by Southwest March, 9 of this year.

When I settled into my seat at the movie theater and watched the trailers play, I did not expect very much of “The Peanut Butter Falcon.” By the time I walked out of the theater I was blown away, not only by the acting, but by the portrayal of people who have Down syndrome. The message that the movie sends stays with the audience long after the final credits role.

“The Peanut Butter Falcon” is a modern retelling of Mark Twain’s “Huckleberry Finn,” and it focuses mainly on two men on the run. Zak (Zack Gottsagen) has been abandoned by his family, and the state places him in a retirement home despite him being 22. His main source of entertainment is a VHS tape of Saltwater Redneck and other wrestlers. With the help of his roommate, he flees the retirement home in search of the Saltwater Redneck’s wrestling school. Meanwhile, Tyler (Shia LeBeouf) is fired after he steals from another fisherman’s crab pots. The fisherman, Duncan, threatens Tyler, which prompts him to burn down Duncan’s pier. Tyler and Zak find themselves forced together as two people running away from their pasts.

My absolute favorite part of this movie is its critiques of how mentally disabled people are treated, both by society and on a person to person basis. Tyler, trying to evade Duncan and his henchman, sees Zak as a person, not necessarily a person with Down syndrome. Tyler learns of Zak’s dream and believes in him, even coaching him. When Eleanor (Dakota Johnson), the retirement home caretaker who cares the most about Zak, catches up with the two, Tyler tells her to her face that she is treating Zak as if he is incapable of doing anything. She denies it, but the audience can tell that she is, even if she has the nicest intentions. Tyler’s treatment of Zak shows that people with Down syndrome are just that: people.

Another strong aspect of this movie is its actors. Every single actor in this movie makes it so much better. LaBeouf, Gottsagen and Johnson specifically portray their characters with such heart and passion, it is next to impossible not to be moved by their performances. I have to admit, I was a little concerned that I would not be able to take LaBeouf seriously in a drama like this, but I was so, so wrong to doubt him. Tyler is a pretty unlikable character (at least in the beginning), but LaBeouf shows the pain he constantly feels under the surface so well that everyone cheers for him. The secondary cast was amazing at selling their characters as well. I cannot think of one part of the movie where I felt a certain actor was stiff or not right for their role.

If you want to spend 98 minutes well, go see this movie. This movie says so much so simply I cannot recommend it enough. It’s so touching yet gritty, so simple yet so far-reaching, you’d be doing yourself a disservice by missing out on this movie.