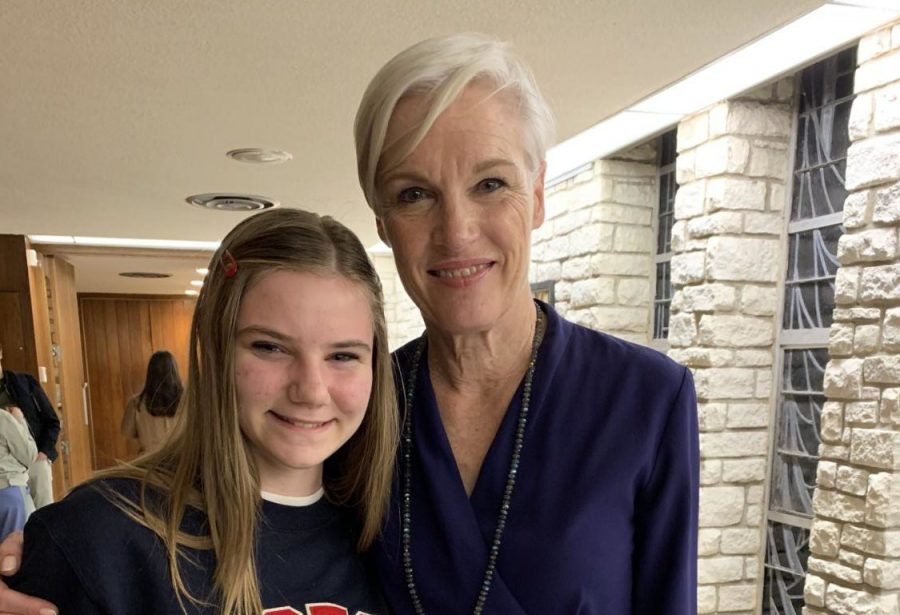 While Cecile Richards has been an iconic role model for many women, I only discovered her recently. I was surprised my mom had bought tickets to see Richards speak. I was astonished she lived up to the pedestal I had put her on.

She managed to discuss controversial topics and still approach the subjects with grace and a certain lightness. She told her story in an intimate setting, a room full of like-minded women. We looked on in admiration at the woman who had shaped many of our lives, especially mine.

I was more than blown away by her presence. Despite being an author and the founder of Planned Parenthood, Richards is a normal, Texan mom, who is concerned about the rights of women and addresses this, and her personal life, in her book. I was shocked by how accessible she was. She talked freely with the small audience and the students leading the book discussion about her opinions and the moments that defined her childhood and career.

For me, the dream would have been to be one of her interviewees, but disappointingly, I had to live vicariously through the experience of the Ann Richards School students and their journey through Cecile’s life and Planned Parenthood’s many trials. If only to make me slightly more jealous, Richards treated both interviewers like her own children, applauding their accomplishments and requesting they share their own experiences and opinions about her book and the lessons it taught them. It was a refreshing way to conduct a book discussion. It wasn’t all about the author, it was about women and the power women have. Through her book, she encourages girls to discover that sooner rather than later.

After listening to Richards and reading halfway through her book, she has managed to inspire me not only with her work, but with the stories of other young activists she’s met. Her story, their stories, and hopefully someday my story, will be one she tells. Richards, whether she knows or not, has taught me the grace and disgrace of an activist’s life and instead of being deterred by the practically unstable lifestyle. I am in love.