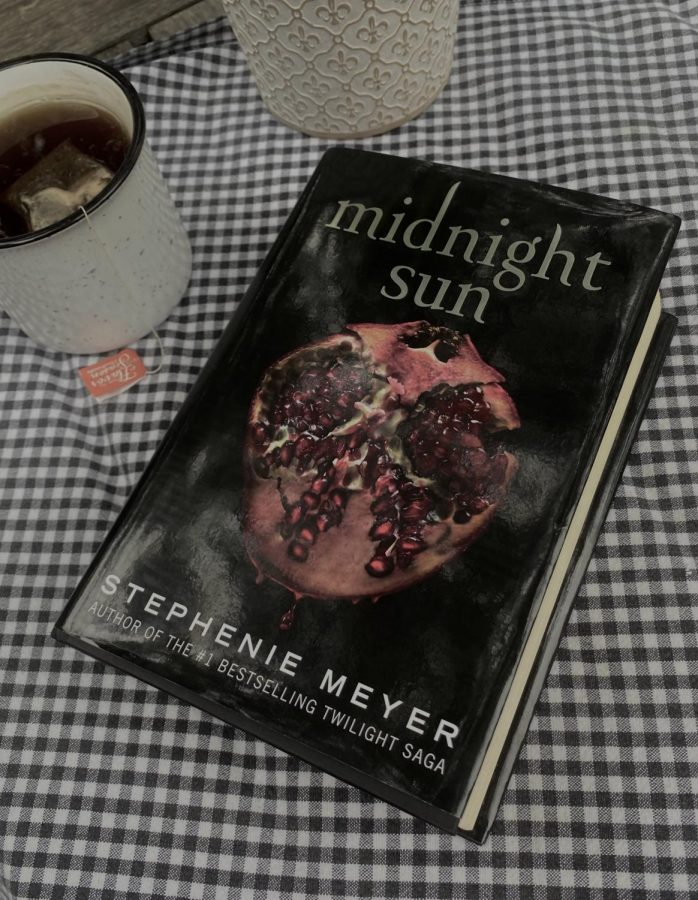 “Midnight Sun” is the long awaited companion novel to the world famous ‘Twilight Saga’ by Stephenie Meyer. Twelve years ago, the project was shelved after a draft leak, upsetting the author and derailing her writing plan. Fans were left wondering about the progress of the novel for over a decade before Meyer revealed the project was finally finished and ready for release back in May of 2020. “Midnight Sun” follows the events of the original novel “Twilight”  but from the perspective of Edward Cullen, the male love-interest. The novel was released for purchase on Aug. 4.

Before unwrapping the criticism and the praises of this franchise, an overview is called for. Bella Swan moves to live with her dad, Charlie Swan, in the small town of Forks, Wash. “Under a near-constant cover of clouds,” Bella is adjusting to her new life when she meets Edward Cullen and his peculiar family. Edward later reveals that he is a mind-reading vampire, except when it comes to Bella’s mind. Throughout the saga, outside forces challenge their relationship. Not to mention the fact that he’s a sparkly ageless vampire and she’s a human 17-year-old; that’ll really test a relationship.

Much can be said about Stephenie Meyer’s writing style, but to sum it up, it’s an easy read. The storyline is thoroughly captivating, but the same can’t be said for the text quality. There wasn’t much figurative language or author’s craft, but it didn’t hurt the novel overall. The events and characters were enough to keep reading. It’s important to realize that Stephenie Meyer was not trying to be a praised author.

As any “Twihard” would know, Meyer got the inspiration for the book from a dream. She previously stated that she wrote down the dream to remember it, but she couldn’t get it out of her head. The story developed in her mind, and in conclusion, the time of vampires had begun.

This addition shows a new version of character development for Edward that wasn’t seen in the original book. Bella’s influence on him was more than just her scent, her personality and mind, or lack of Edward’s ability to read it, provided Edward with an escape from his dreary life. The noticeable differences in Edward’s temperament is frequently voiced by his family. In ‘Twilight’ Bella sees Edward as a mysterious and brooding character, with a dark past that he doesn’t like to share. This companion novel shares a deeper complexity of Edward’s mind and his past.

Edward’s mind-reading ability provides an omniscient type of writing style that lets the reader not only into Edward’s mental conversations, but the personalities and traits of other characters that were not known before. This acts as a window into different storylines, and allows more creative freedom for the author.

The saga has experienced criticism about Edward and Bella’s relationship since the beginning of the franchise. While it’s agreed that he is controlling when it comes to Bella’s safety, remember that he is a vampire. His life is full of death and survival, and Bella is very fragile in comparison. This is not a normal high school relationship so they have nothing to compare it to. If anything it makes the story more realistic. If Bella was immediately accepted into the family and became a vampire, that wouldn’t be much of a story. It was necessary to both Bella’s and Edward’s character development for them to have some type of internal struggle when it comes to her mortality.

To conclude, “Midnight Sun” was exactly what the “Twihards” had been waiting for. It leads readers further into the mystical world Stephenie Meyer created 12 years ago, cast a spell of nostalgia over our lives, and reunited fans all over the world.