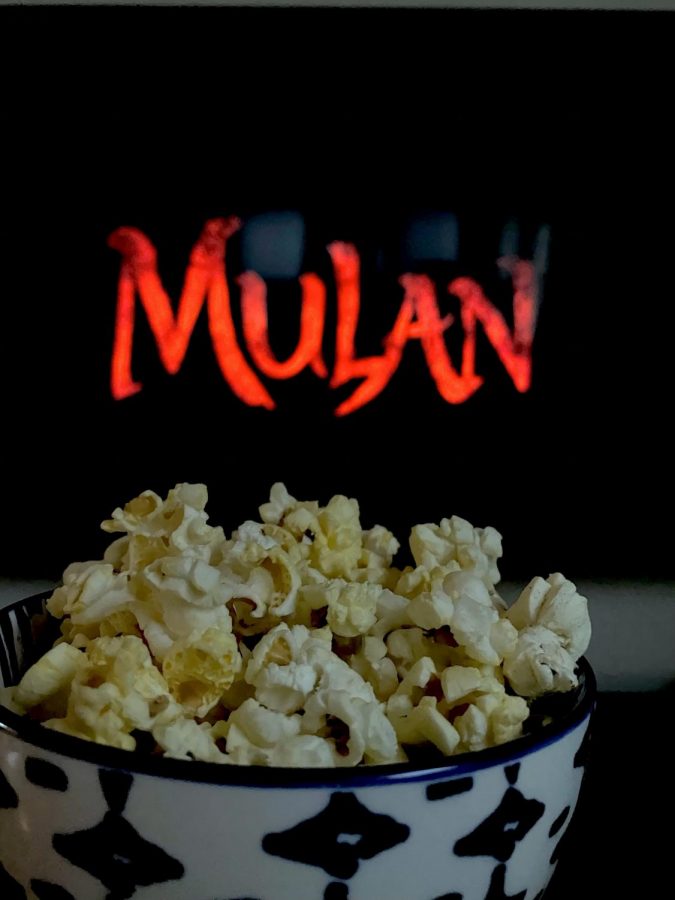 'Live-action' Mulan released on Sept. 4 on Disney Plus for members

“Mulan” is a classic tale of courage and feminism, in which daughter Hua Mulan (Liu Yifei) takes the place of her father (Tzi Ma) when soldiers are called to fight northern invaders. The invaders have a weapon, a new villain and witch Xianniang (Gong Li). Mulan disguises herself as a man to train with the soldiers, realizing her long-suppressed talent of channeling her ‘chi’ in battle. “Mulan” was released on Sept. 4 for $30 for Disney+ members.

The story follows the tale of Mulan starting from when she was a young girl, wild and energetic, something undesirable of women in ancient China. After a meeting with the town “match-maker” Mulan brings dishonor to her family when her behavior is deemed inappropriate for marriage. When her father is requested to join the emperor’s army to fight the northern invaders, Mulan leaves home to take his place. Through trials of courage and inner strength, Mulan fights not only the battle for China, but the battle within herself to discover who she is.

This live action remake is closer to the original folk story “The Ballad of Mulan”in many ways, which upset plenty of Disney’s 1988 “Mulan” fans. First of all they did not have the playful dragon “Mushu”. Not having Mushu made the film really different, less childish and more action oriented. At first glance, he is a major character in the original film. However, in order for the film-makers to stay true to the story, they took out not only Mushu, but also the leading man, Li Shang. Shang filled the prince spot of the animated film, but was not included in the remake. Why?

Well, according to the original tale, Mulan did take her father’s place in the army, but she never experienced the Disney romance we associate with the story today. She went on to advance through the ranks of the Imperial Army until she met Xianniang, daughter of the emperor and also a woman warrior. The original story is a longer tale for another time.

Xianniang is the witch-warrior who fights alongside the northern invaders in this remake, but her role is used as a contrast to Mulan’s. Xianniang’s past is similar to Mulan’s, in the way that she too had a strong ‘chi’, but she was banished and unaccepted when she did not hide it. Mulan, however, was eventually accepted by the army and praised by the emperor for defending China. This similarity in character causes a connection between the two, which develops throughout the plot of the movie. It was a wonderful addition to the original cast of characters, and it allowed the viewers to dive deeper into Mulan’s characteristics than before.

Although this remake is lacking fan favorites, it is still well produced with a variety of colors, costume changes, and camera angles. The costumes seemed to be more well thought out, with attention to colors in contrast to symbolism details. The camera angles cut the scenes in different ways then most would approach it, with spinning focused on a single focal point, or focusing on the vast contrast of the invader’s black clothing against the tan sand dunes. Even though it is marketed as a more serious Disney film, it still has comedic elements from the fellow soldiers, similar to the Yao, Ling, and Chien Po characters in the animated film.

With the key theme being feminism, it would have been hard to end the film with Mulan having a romantic interest. Luckily the plot line leaves it up to the imagination of the audience. Overall it was a well made production, with an experienced team of actors and producers, and proved to be a lively viewing experience.