We must change the way we vote 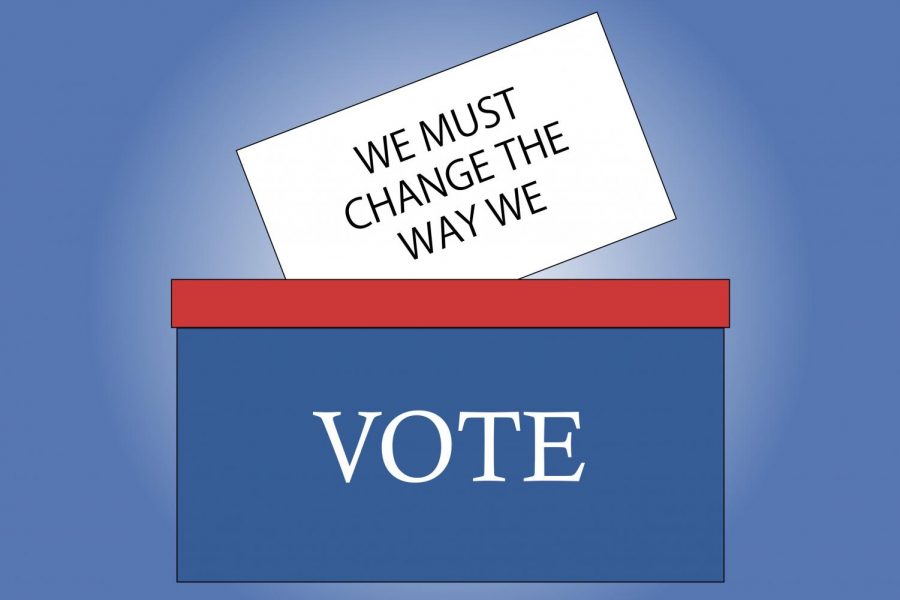 The next federal election will be held Nov. 3 of this year.

As Vermont Sen. Bernie Sanders and former Vice President Joe Biden fight to become the Democratic presidential nominee, it’s an important time for us as a country to assess how we have structured the voting system.

Before they can even launch a true presidential campaign, the Democratic candidates have to win their party’s nomination. For incumbent presidents like Donald Trump, this is fairly easy as most of the votes go toward him. But this year the Democratic party’s primaries and caucuses will have a big impact on our country’s future.

The race for party nomination always begins with the Iowa caucus. This vote is very important as it can significantly impact how voters in other states vote in their own primaries. Since Iowa has a caucus rather than a primary, turnout is usually low. This is because caucuses require voters to have conversations about the candidates as people try to persuade others to vote for their candidate. Many people would rather cast a secret ballot than openly discuss their political belief for hours. Combine this with the small population of Iowa, and you can understand why it is unreasonable to ask the rest of the American people to rely on the vote of such few citizens. Instead of having a drawn-out series of elections, the Democratic and Republican primaries should all be held on the same day. This would ensure every person has an equal say in who their party nominates for president. To improve voter turnout, all states who now hold caucuses should adopt the primary voting system. Colorado recently switched from the caucus to the primary and saw participation jump from 123,508 votes in 2016 to 755,274 votes in 2020. Caucuses stop people from voting, and in a democratic republic, we should put an end to systems that decrease voter participation.

While the primaries are messy, so are our federal elections. The outdated electoral college stifles voters by awarding votes to candidates on a winner-take-all basis. Even if a significant portion of voters vote for the Democratic candidate, a majority of people voting for the Republican candidate will grant the Republican candidate all of the state’s electoral votes. This is outdated. A person should never feel like they are “throwing their vote away” on a candidate they know their state as a whole will not choose. We all deserve to have equal participation in government, and the electoral college ensures any number of us don’t have a say in who our president is. The electoral college has failed five times by electing a president who did not win the popular vote. This happened in the last presidential election, and it should infuriate everyone whether you voted for Trump or not. How do we allow our head of state to be elected by a system that favors the small states and has failed us five times? For us to all have an equal vote, we need to stop using the electoral college.

Our voting systems as the stand create too many barriers. As Americans, we all have the right to vote but it seems that some of us matter more than others. To level the playing field, we need to change the way we vote.